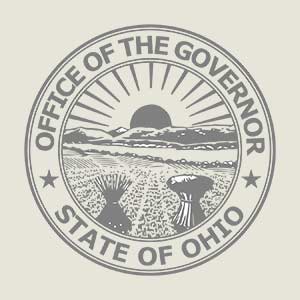 The old adage forgive and forget does not extend to Ohio law and so Ohio Pardons – Forgive do not Forget.  On January 28, 2015, the Ohio Supreme Court held that a petitioner who obtained a pardon from the Governor may not be entitled to have the pardoned convictions sealed.  What?

In State v. Radcliff, 2015-Ohio-235, the Petitioner Radcliff had been granted a pardon for several convictions stemming from a 1982 conviction for breaking and entering a donut shop with a screwdriver.  Thereafter, Radcliff petitioned to have the case resulting in his now pardoned convictions to be sealed, which would prevent most people in the general public from knowing that the case, or the now pardoned convictions, ever happened.  The trial court ordered that the case be sealed.

The prosecutor appealed to the 10th District Court of Appeals in Columbus, arguing that Radcliff was ineligible to have his case sealed because he had too many convictions to qualify under the statute.  The 10th District Court of Appeals agreed with the prosecutor and reversed the order sealing Radcliff’s donut shop convictions.

Radcliff appealed to the Ohio Supreme Court, arguing that the decision in his case conflicted with the 1st District Court of Appeals in Cincinnati’s decision in the case of State v. Cope, 111 Ohio App.3d 309. In Cope, the 1st District held that a trial court may seal a record of conviction erased by a pardon regardless of how many offenses the petitioner has on his or her record.

From there, the Ohio Supreme Court concluded that the law passed by the Ohio General Assembly that allows convictions to be sealed was specifically limited to “first offenders.”  The Ohio General Assembly had defined a “first offender” as someone who did not have any criminal convictions before or after the pardoned offenses. Because Radcliff did not meet those criteria, he could not have his case sealed.

But the Ohio Supreme Court did not completely shut the door on sealing the record for those who are not “first offenders.” Instead, it explained that judges may have a very limited authority to seal records “limited to cases where the accused has been acquitted or exonerated in some way and the protection of the accused’s privacy interest is paramount to prevent injustice.”

Ohio Pardons – Forgive do not Forget

So, can the past ever be “forgotten”? After all, good people sometimes make mistakes.  Those mistakes can often prevent them from finding jobs or exercising their Second Amendment rights. The Ohio Supreme Court’s ruling shows that anyone looking to have a past transgression “forgotten” as well as “forgiven” should talk to his or her attorney to explore all of the options before being “forgiven” prevents being “forgotten.”

If you or someone you know wants to try to restore their Second Amendment right to bear arms, call toll-free (800-399-0795) or contact us for a FREEinitial consult today.