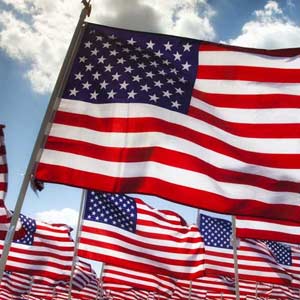 Recently, I had a conversation with a friend of mine regarding a social media post about firearms. After a healthy debate, I sat back and thought about our respective positions. Essentially, our views could be distilled to this simple dichotomy: I believe citizens can be trusted and should be trusted with the right to bear arms and my friend believes they cannot.

Our conversation reminded me of the 1990s television show The X-Files, whose overarching theme was to “trust no one.” But that can never work with government. Once the government stops trusting We the People, how can We ever trust the government? The answer is We cannot. Like any good relationship, the relationship between government and its citizens must be based on trust.

The founding fathers clearly understood this and they drafted the Bill of Rights – the relationship agreement with the citizens – to be open ended, flexible, but most of all, trusting that people had and could handle unwavering rights even in changing and challenging times. The founding fathers did not write this as a Big Bang Theory Sheldon Cooper-esq agreement with self-serving, one-sided provisions. The whole reason the United States was founded because the founding fathers could no longer tolerate being governed by a kingdom that did not trust its citizens – a master-slave relationship.

Preserving our fundamental rights, including our right to keep and bear arms, keeps us a free people. The second amendment is not a throw away amendment – the founders had the foresight to realize that should a government ever stop trusting its people, the people would need that right in order to maintain the balance of power and protect themselves from enslavement.

Second Amendment opponents should know that, like other advocates for this fundamental right, I am not advocating that this is a blank check. Like any other contract, the citizens’ duty is to bear those arms responsibly. As our courts have said time and time again, in a not so many words, acts of unnecessary violence and terror breach that social contract. That breach is similarly unacceptable and has consequences – imprisonment, and loss of ones most basic rights as citizens. This is, for most, more than sufficient deterrence against using their rights as a sword rather than a shield. But for those few for whom loosing what makes them Americans is not sufficient deterrence, there can be no prevention for their bad acts, only punishment for their crimes.

It comes down to this: the founding fathers chose optimism and confidence in the vast majority of the people. They did not fall into the trap of denying fundamental rights to the many in order to stop the few who would breach the social contract. Protecting the rights of all to freely bear arms protects that trust and honors their optimism in our citizens and the American spirit.